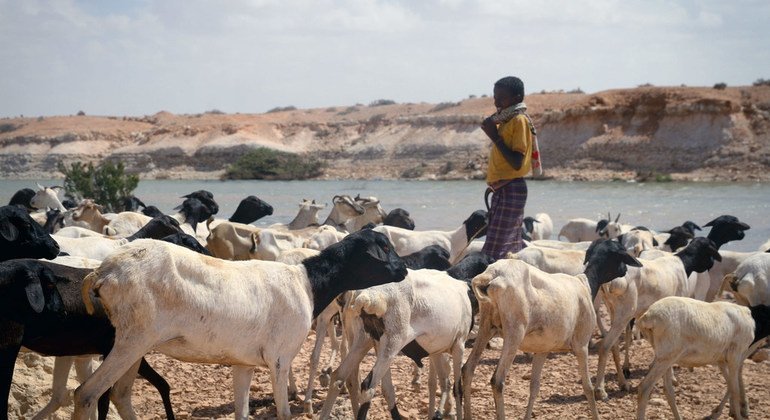 “The climate emergency is a danger to peace”, said Miroslav Jenča, the UN Assistant Secretary-General for Europe, Central Asia and the Americas, as he called on peace and security actors to play their role and help speed up implementation of the landmark Paris Agreement on climate change.

“The failure to consider the growing impacts of climate change will undermine our efforts at conflict prevention, peacemaking and sustaining peace, and risk trapping vulnerable countries in a vicious cycle of climate disaster and conflict”, he said.

Mr. Jenča briefed the Council at the start of an open video-teleconference debate on climate and security, one of the key themes of this month’s German presidency of the 15-member body.

Noting that the consequences of climate change vary from region to region, he said the fragile or conflict-affected situations around the world are more exposed to – and less able to cope with – the effects of a changing climate.

“It is no coincidence that seven of the 10 countries most vulnerable and least prepared to deal with climate change, host a peacekeeping operation or special political mission”, he said.

Differences exists between regions, within regions and within communities, with climate-related security risks impacting women, men, girls and boys in different ways, he said.

In the Pacific, rising sea levels and extreme weather events pose a risk to social cohesion, he said.  In Central Asia, water stress and reduced access to natural resources can contribute to regional tensions.

Across sub-Saharan Africa, South Asia and Latin America, climate-driven population displacement could undermine regional stability.  And in the Horn of Africa and the Middle East, the effects of climate change are already deepening grievances and escalating the risk of conflict – providing fodder for extremist groups.

Outlining some actions that Member States can take together, he said that new technologies must be leveraged to strengthen the ability to turn long-term climate foresight, into actionable, near-term analysis.

Mr. Jenča also recommended stronger partnerships that would bring together the efforts already being made by the UN, Member States, regional organizations and others, to identify best practices, strengthen resilience and bolster regional cooperation.